The movie “Interstellar”, coming to theaters this November, is about astronauts who take to the cosmos to find a new place to live because – guess why — the earth is dying from a scourge that wipes out crops and turns the planet into “one great dust bowl” (Time magazine, November 10, 2014, page 46). Time to get to work, erosion control professionals! We CAN save the planet, which is much easier than trying to find a new one to live on.

Of course, then we wouldn’t have a blockbuster movie premise……. 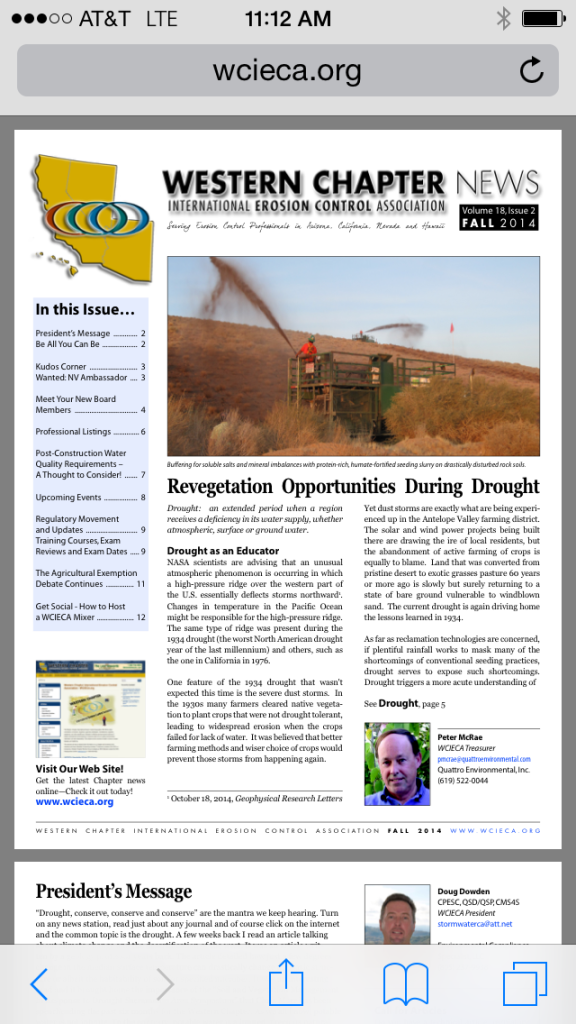 Drought: an extended period when a region receives a deficiency in its water supply, whether atmospheric, surface or ground water.

Drought as an Educator:

NASA scientists are advising that an unusual atmospheric phenomenon is occurring in which a high-pressure ridge over the western part of the U.S. essentially deflects storms northward.* Changes in temperature in the Pacific Ocean might be responsible for the high-pressure ridge. The same type of ridge was present during the 1934 drought (the worst North American drought year of the last millennium) and others, such as the one in California in 1976.

One feature of the 1934 drought that wasn’t expected this time is the severe dust storms. In the 1930s many farmers cleared native vegetation to plant crops that were not drought tolerant, leading to widespread erosion when the crops failed for lack of water. It was believed that better farming methods and wiser choice of crops would prevent those storms from happening again.

Yet dust storms are exactly what are being experienced up in the Antelope Valley farming district. The solar and wind power projects being built there are drawing the ire of local residents, but the abandonment of active farming of crops is equally to blame. Land that was converted from pristine desert to exotic grasses pasture 60 years or more ago is slowly but surely returning to a state of bare ground vulnerable to windblown sand. The current drought is again driving home the lessons learned in 1934.

As far as reclamation technologies are concerned, if plentiful rainfall works to mask many of the shortcomings of conventional seeding practices, drought serves to expose such shortcomings. Drought triggers a more acute understanding of the relative limitations of the spectrum of erosion control products at our disposal, and may spur us into broadening our education about Best Management Practices (“BMP”); for example, by attending our Western Chapter “Soil and Vegetation Management in Response to Drought”workshop on November 5 in Rancho Cordova (website link).

Tellingly, the innovation was developed at Weyerhaeuser’s headquarters west of the Cascade Mountain Range where 80 inches of annual rainfall is common. Soilguard ran into its first limitation as a universally-appropriate revegetation BMP when it was applied in arid desert conditions east of its moisture-rich Puget Sound birthplace. In regions where sparse rainfall or drought is the norm (i.e. much of the western U.S.), the BMP came up short as a comprehensive revegetation seeding solution.

The BFM still functions admirably as an immediate, though temporary, stabilizer of disturbed soils, and remains a vital component in ushering in new plant growth in temperate climates on soils that, despite topical disturbance, remain relatively fertile. But a BFM alone (or any of the topical mulch surface treatments) is not capable of revitalizing a drastically disturbed soil into a functioning soil community, capable of nurturing native plant growth on a sustainable basis.

In fact, in arid regions, a typical BFM load of wood/paper mulch is counter-productive to revegetation objectives. Where lack of moisture in the soil is the prime limiting factor to plant survival, the last result we wish to invite is to have whatever traces of precipitation are received be intercepted at the soil surface where it is quickly evaporated away by hot desert breeze and sun. Rather, precious moisture must infiltrate down into the soil where the roots of germinating seed can reach it.

Drought inspires us to sharpen our revegetation technologies to attain success where conventional seeding practices are prone to failure. Shift the focus from immediate and temporary soil stabilization alone, and move towards setting the stage for re-establishing a functioning soil community that can support sustainable plant growth in these harsh conditions. The re-establishment of plant growth has always been the gold standard for long-term erosion control. 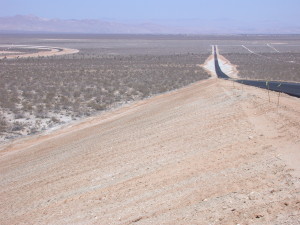 We’ve all heard how rugged native plant species are, oftentimes with the attendant cautionary advice that such native plant species are nonetheless difficult-to-impossible to grow from seed. The presumption is that native plants should be germinated and nurtured in the nursery, and then planted out as a seedling. However, anyone who spent time reviewing the data contained in the 2010 Revegetation Guidance Document for Erosion Control Projects in the Tahoe Basin prepared for the California Tahoe Conservancy by AECOM would be inclined to reject this planting protocol, based upon the low survival rate of such plants over the long term, at least in the harsh Tahoe Basin. If not from seed, and not from live plantings, how does the revegetation professional successfully restore plant growth in harsh and drought environments? 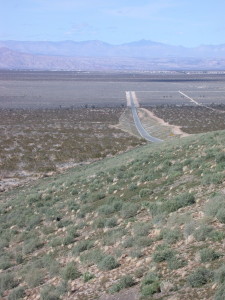 Re-establishing a functioning soil community is critical in the Mojave Desert.

Start with the soil. This realization is critical. While average or abundant rainfall can mask soil deficiencies, drought exposes them, and inspires erosion control practitioners to seek long term solutions in the soil.

Practitioners who are consistently successful at re-establishing native plant growth on sterile, drastically disturbed soils pursue both seeding and planting strategies. They implement these dual revegetation BMPs with an eye to re-establishing a functioning soil community in the upper levels of their seedbed soil.

First, minimize the disturbance that is caused to the soil in your project. In reclamation, there is much truth to the adage “You don’t know the value of what you’ve got, until you lose it”.

Second, obtain an understanding of the true plant growth challenges in the site-specific soils that confront you. Cookie-cutter seeding amendment recipes that pay scant attention to soil conditions are prone to failure. A comprehensive soil analysis and an expert interpretation of that soil analysis, is in order.

Learn more about establishing erosion control and vegetation in drought conditions. There are plenty of opportunities to put our expertise to work during a drought. We look forward to seeing you in Rancho Cordova, CA on November 5.

As project manager for your agency’s reclamation project your focus may be on immediate erosion control via both hardscape and softscape best management practices.  While immediate erosion control is a worthy goal, long-term erosion control is only attained by the re-establishment of sustainable native plant growth, invariably on soils that have been drastically disturbed.  You may be lucky enough to be dealing with drastically disturbed topsoil.  More likely, the term “drastically disturbed soils” will unfortunately be a euphemism for “all topsoil has vanished!”  If so, accomplishing your objective can be tricky, as evidenced by the plethora of reclamation seeding project disappointments scattered throughout the arid Western U.S.

Take heart.  From reviewing www.quattroenvironmental.com you have an understanding that the key to re-establishing long-term sustainable native plant growth has less to do with growing plants, than it has to do with restoring a functioning soil community beneath those plants.  And as you embrace the Quattro LSM Growing Soil technologies, your first assignment becomes: How best to go about restoring a functioning soil community  – on drastically disturbed soils –  in a harsh environment? 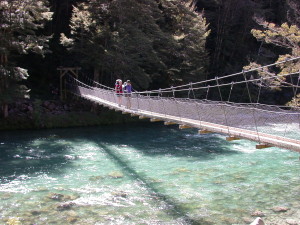 The glib answer is “Very carefully”.  Perhaps more helpfully, it is important to realize at the outset that Nature is intolerant of weak links.  Weak links are found in both under-performing design technologies, and in flawed project implementation.  Conventional “band-aid” seeding practices are an example of a design technology weak link.  Our industry’s obsession with design implementation by an unsupervised low bidder is a classic example of a flawed project implementation weak link.  Both guarantee project disappointment.  Fortunately, there are talented experts who are willing to lend you a hand in navigating the multitude of tasks that must be performed flawlessly.

Quattro Environmental has assembled an alliance of professionals – clients, designers, suppliers and applicators – with the skills, resources and passion to ensure a “Do It Once, Do It Right” project outcome.

The Quattro Alliance has more than academic credentials, skills and resources. The team has a track record of consistently re-establishing native plant growth on drastically disturbed soils in harsh environments. They will be able to assist you in replicating this track record of success on your soils, and in your climate.

But equally importantly, the Quattro Alliance team members each have a passion for succeeding at rehabilitating the environment.  Their passion is born out of love for the environment that inspires them to go that extra mile when circumstances (or Nature) demand it. 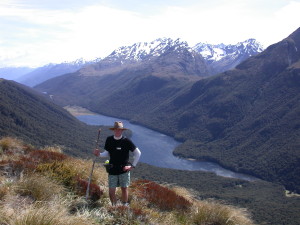 What fuels this passion? For one of our team members, it is the sense of awe when in the presence of true wilderness, like hiking down the Grand Canyon. For another, it is the joy of witnessing the fruits of intelligent reclamation — seeing a barren landscape come to life again, and watching wildlife move back in. Some of the photos on our home page were taken by a team member who captures his reverence and exhilaration for western landscapes through photography. For me, well, I was lucky enough to be raised in New Zealand, a land of pristine, rugged beauty. The photos (right) are from the Grand Traverse trek in the South Island of New Zealand. This six-day hike is like walking on the earth the day after its creation. Healing the earth and restoring its natural magnificence is what fuels my passion. What fuels yours?

It’s taken a little longer than expected, but Quattro is proud to announce the launch of our new website. Be sure to check out our new BIND Series and GROW Series product lines and our sustained performance case studies that profile our proven track record of successful for erosion control and native revegetation projects. 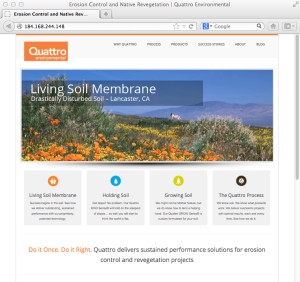